We havent had any Weekly Spotlight discussions for a while so I thought we could do Devon's from different era's.

So our first topic is:

I am lucky enough to be adopting two Devons. One is a 7 year old seal point called Annie and the other is a 1 1/2 year old red tabby boy called Cozzi. (Both have been de-sexed.) Annie has been with me for 3 days so far and was instantly at h 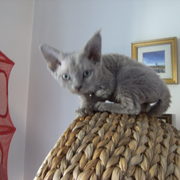 Are Devons difficult to breed? We have had 2 premature births from Lindy and now another from Lily. Both had litters 6 days early although 3 out of 4 of Lindy's last litter survived even though one was only 51 grams at birth. So far only 2 of Lily's

ALL Devon Zone members can receive a 10% discount.

Animal DNA Laboratory is an Australian based company dedicated to providing efficient, afforda

Four weeks a go my sister and I introduced a new devon rex boy 'Wiley' into our home (at 10 weeks old).  He is a seal point point with a very fine almost sparse coat around his neck and undercarriage.  We noticed him scratching at his neck about a we

Has anyone moved house with their devons?

I have 2 gorgeous nearly 6 yo devons boys who have been living in our home since I brought them home as kittens.  They are indoors cats, with the run of the house and a netting enclosure under the back verandah so they can sit out in the fresh air an

Hebe is attacking my coving!

Help..... My silver girl (nearly 2yrs) Hebe is climbing on anything high enough to reach (mainly the tv and dresser), and scratching great big grooves into the coving.  She has our black boy Brian to play with, lots of toys/scratching posts, tunnel e

PATHE FILM FOOTAGE FROM ARCHIVES OF FIRST EVER DEVONS AT A CATSHOW IN 1957 !

storms babies due yesterday im still waiting!!!!!!!!!!!! hopefully today they will arrive sat about doing nothing but waiting, mum to be has settled in her kittening box, so am hopeing this is it, mum to be experianced queen but am at hand and will s

Hi Everyone,
in an attempt to give a little more insight in it's possibilities, I have written a brochure on Outcrossing Devon Rex, called Cherish the old, cheer on the new.
Here is the link to my websitepage where you can find it:
http://www.boonland.
Read more…
Started by Marjan Boonen in Breeding
4 Replies · Reply by Marjan Boonen May 31, 2011 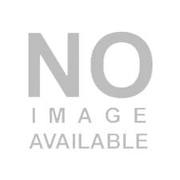 I know Devons loose there hair as kittens, what I want to ask is after it grows back can they or do some loose it again??? One of my boys was getting " fluff" on his thighs and had hair on ears tail and feet, however recently he has lost all his fluf

I am curious to know if any of have and/or breed with Cinnamon Devon Rex.

Do you know how the cinnamon-gene was passed on to your cat?

And, can you show us some pictures of them?

Read more…
Started by Marjan Boonen in Cat Chat
9 Replies · Reply by Chrissy Biewer May 17, 2011
First Previous of 12 Next